We had the pleasure of a visit from a customer with an M2 Comp for tuning last week. As always we datalogged the car before and after to ensure our module was performing as desired. This also allows us to compare the principal differences between the stock M2C and M4C tunes.

As standard the M2C produced 422.7HP and 548Nm Torque. A little over the quoted BMW power figure of 410PS, but pretty much exactly matching the stock quoted torque figure of 550Nm.

We run an M4C here at Bluespark as one of our own cars, so have tons of dyno data for comparison. As standard the M4C repeatably makes around 457hp and 576Nm torque. Again a little over BMW's quoted figures of 450PS and 550Nm.

Exporting the dyno data for these 2 cars and comparing them we get the following comparison graph: 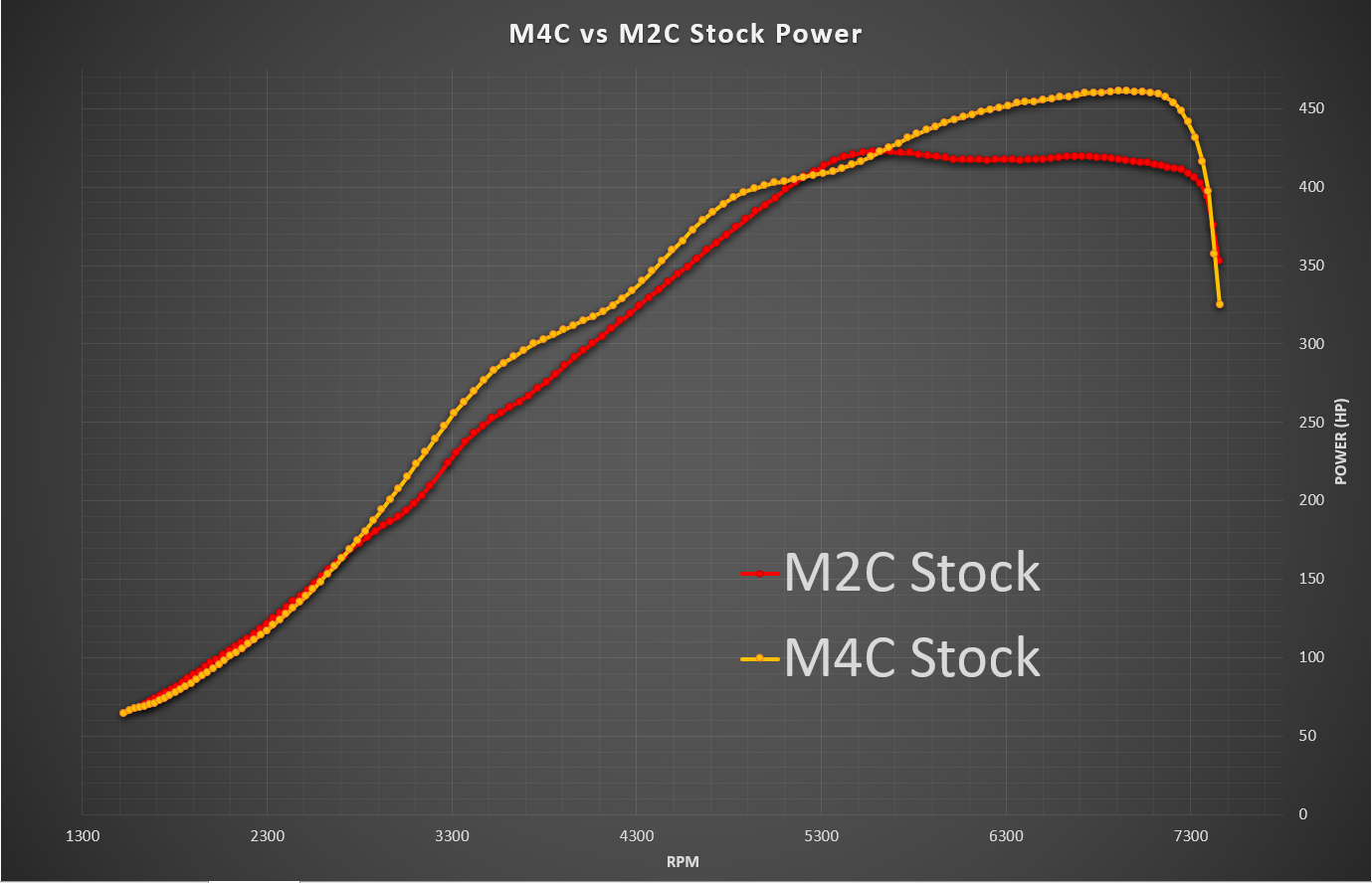 As you can see the results from both cars are pretty similar, but the M4C makes a significant amount more power beyond 5500RPM. We analysed logs from both and noted the significant differences. The most obvious difference is the amount of boost pressure each car runs. As you can see in the following graph, boost pressure remains fairly similar up until 5500 RPM (ignoring some fluctuation from the M4C): 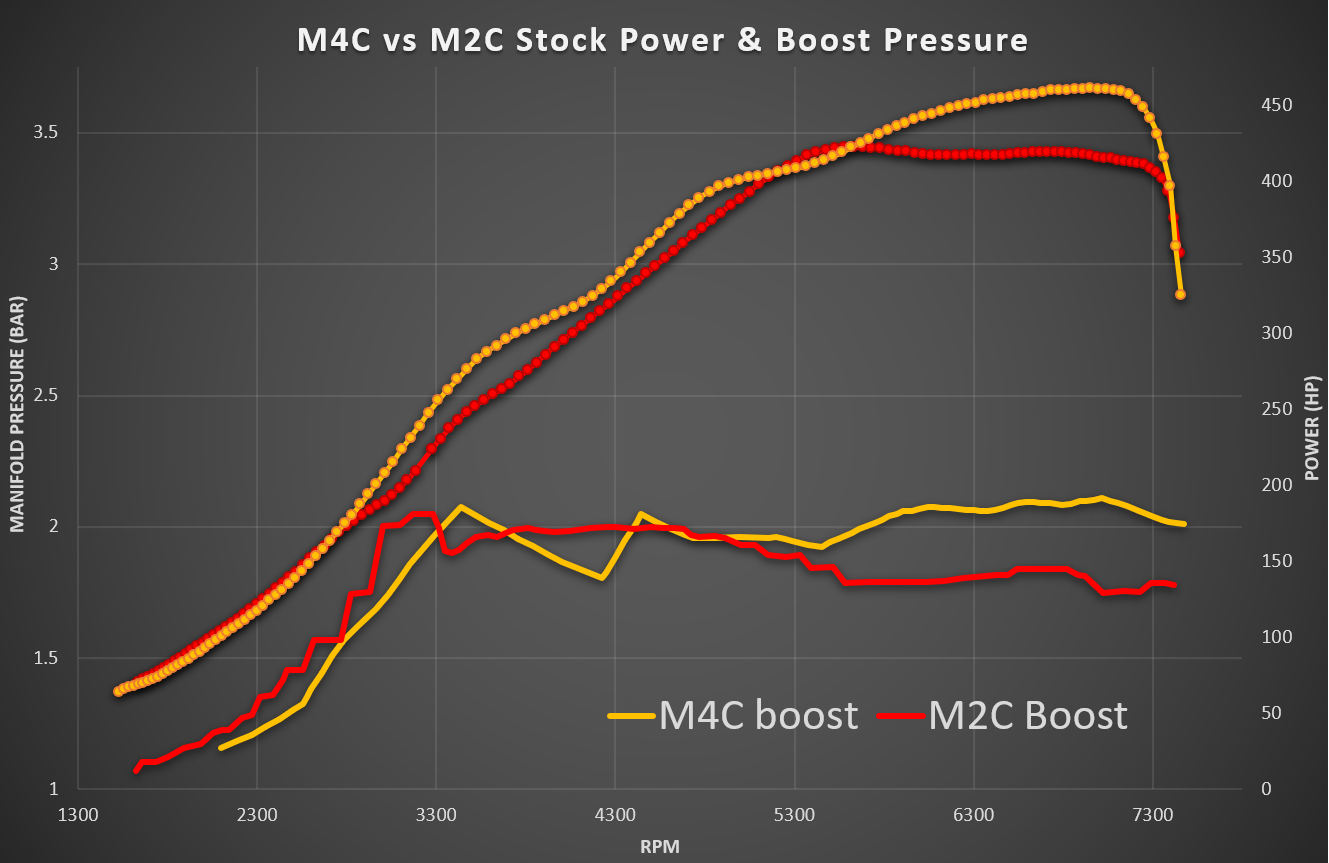 From 5500 RPM onward, the M4C consistently runs around 0.3 Bar more boost than the M2C. This is the biggest noticable difference between the two engines. and accounts mostly for the difference in power seen in the upper rev range. 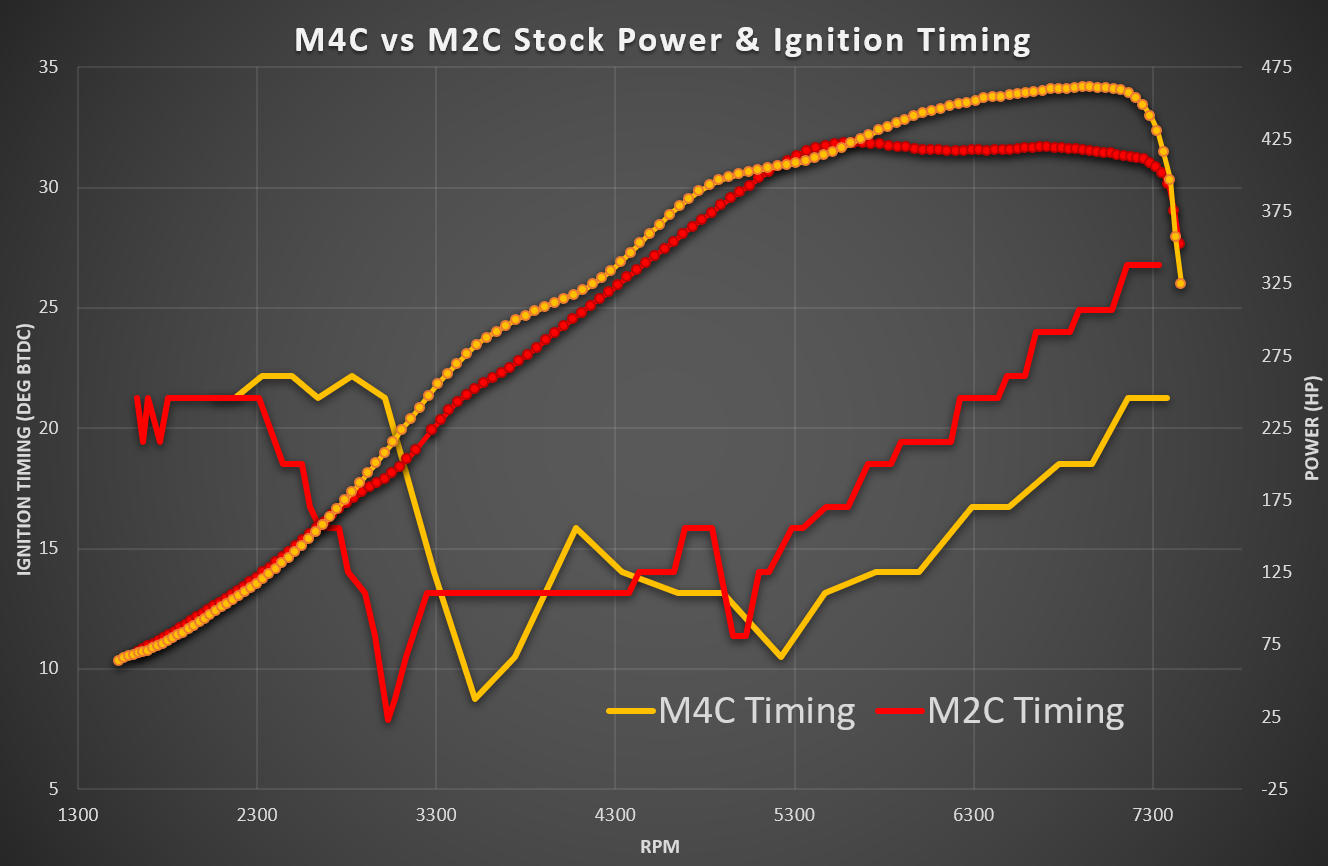 As you can see, the M2C runs around 5 degrees more timing advance than the M4C, which makes total sense as it is running less boost.

There are a few other subtle differences between the 2 cars, but these are the biggest and most obvious. Using this data we were able to produce software for our plug in unit for the M2C, giving it back the performance taken away in BMW's detuning, plus a whole lot more on top.

Here is the original dyno graph comparing the standard M2 Comp before and after installing our tuning box:

The following graph compares the results of the Stock M4C and M2C vs the M2C with the Bluespark tuning module installed: 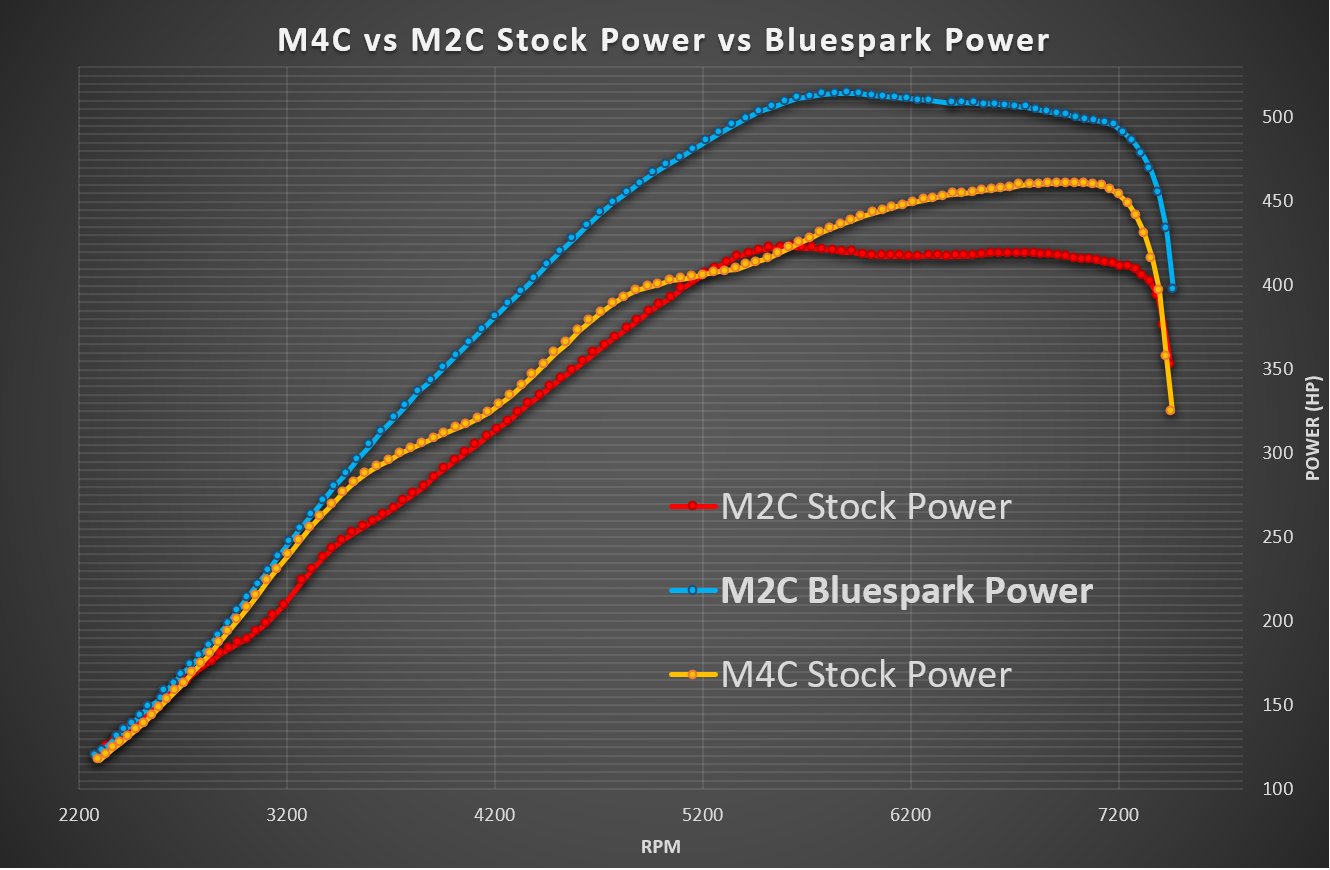 As you can see, the M2C is now making more power than the Stock M4C right through the rev range.

If you are interested in what we could do for your M2 Competition, please take a look at the relevant link below or our BMW Tuning page: