SENT stands for Single Edge Nibble Transmission, it is new type of data transmission protocol used in some new vehicles.

Previously, the signals from car's sensors back to the ECU were primarily analogue. They usually had a 5 volt range, and could be read quite easily with simple equipment.

At any given moment an analogue signal can be read, the data is simply the voltage. An analogue boost signal it might read 1V at engine idle, and 4V at maximum boost. The following graph gives a good idea of this:

This curve starts at 1 volt, and climbs to over 4V as boost increases. The main advantage of this is that it is very simple and the sensors themselves can be very basic. It does however have some major disadvantages:

With SENT, the signal type is totally different. Rather than being a simple voltage level representing a value, this is what we now see: 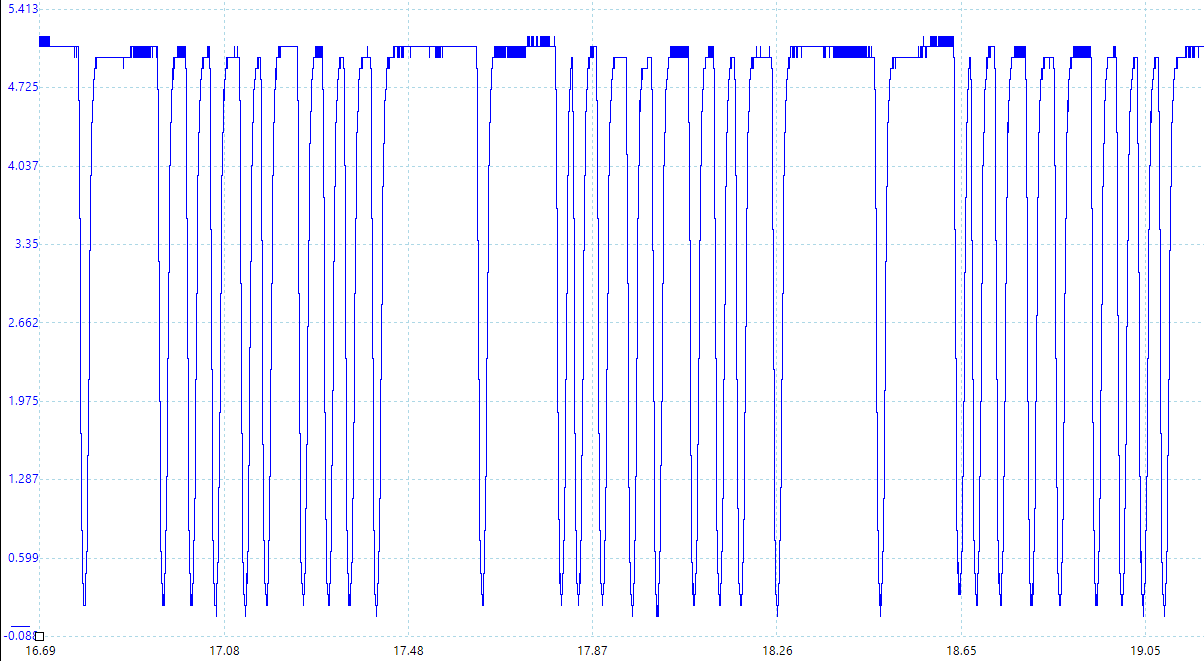 Each one of these peaks or troughs represents a value based upon how long it is. Putting these together and decoding them allows an encoded message to be deciphered.

Decoding and encoding these signals is relatively complex. It makes basic fault diagnosis harder without specialist equipment, but the system overall has significant advantages:

Having a vehicle equipped with SENT technology means that your vehicle cannot be tuned by any traditional tuning box and will require one of our new SENT units.

Current engines that use SENT

SENT is beginning to be implemented by multiple manufacturers.

VAG appear to be using SENT in all engine from 2021 onward.

Nissan, Renault, Mercedes and Dacia use SENT in their 1.5 and 1.7DCi engines.

Some Mercedes 2.0 petrol engines also use sent, the CLA35 is a recent vehicle we have had on site that uses SENT on both MAP and boost sensors.

When enquiring, please provide as much detail as possible including make, model, power output, year of manufacture and UK or Irish reg number.

Based on UK Vehicles, the following vehicles MAY require a SENT tuning boxes.

Based on UK vehicles, we can confirm that the following specs DO use SENT technology.